Home Resources The Most Common Leadership Blind Spot—That Nobody Discusses

“The goal for those of us in ministry is to mature in Christlikeness emotionally, interpersonally and intrapersonally.”

The emotional side of life is one of the most common areas leaders and their supervisors tend to ignore—to their own detriment. It’s also the area where people problems exist, the kind that others have difficulty talking to us about.

How do we notice and handle our emotions? Those who develop and supervise others in ministry will tell you that emotional maturity will make or, in its absence, break a leader’s success in ministry. Gordon Smith argues that emotional maturity should be a central concern for Christians: “We do not mature in our Christian experience unless we mature emotionally. What happens to us emotionally is not peripheral but central to our religious experience. To put it bluntly, people who are out of touch with their emotions are out of touch with God, for God speaks to us through the ebb and flow of our emotional life.”

The affective (or emotional) domain is part of our created identity in the image of God, a God who is described in the Bible as sometimes angry (Ps 7:11), always compassionate (Ps 86:15), persistently loving (1 Jn 4:8), joyful (Is 62:5), and at times sorrowful (Mt 26:38). When we see Jesus, fully God and human, we are taught that emotion isn’t wrong or unspiritual. Jesus was tired, frustrated, and moved with compassion and affection. He grew angry; he was delighted. God reveals himself in Scripture with personality in dynamic relationship with his creation. It’s assuring to know that, no matter our wiring, our personality’s origin is found in God. He doesn’t love only the extroverts or the punctual; he also created task-oriented introverts and those who are habitually late.

Emotions don’t make something true, but they point the way to truthful matters. Luke describes a story in which a Pharisee invited Jesus to dinner and started to squirm at the outpouring of emotion by “a woman.” She came to the Pharisee’s house and stood behind Jesus as he reclined on the floor. She sobbed, and her tears fell on Jesus’ feet, and she wiped his dirty, unwashed feet with her hair. Imagine the scene! We know of no conversation except that she was so overcome in the presence of Jesus that she repeatedly kissed his feet and poured perfumed oil on them (Lk 7:36-50). Simon the Pharisee wrinkled his nose and muttered at the emotional recklessness he observed. Jesus corrected Simon’s thinking by pointing how he had performed none of the common courtesies (for example, water for washing his feet), yet she had shown great love for the Messiah and taken care of him at personal sacrifice in meaningful ways.

We can learn from the contrasting reactions of the Pharisee and the woman. If we care about something, then our affections are involved. For instance, we feel indignant when we see wrongs being done. We feel jubilant when we (or others) have success. We get angry when we’re unable to do something, and we are sad when we face disappointment. Our emotions are not the end but an indicator that something else is going on. The Pharisee’s indifference to his guest revealed his level of respect and interest in Jesus.

We witness emotional outpourings every day: joy, anger, tears, or compassion. When we see raw emotion, we know that we’re witnessing something deeper than the norm, something behind the veneer we too often see. Feelings often reveal what is intensely personal and held deep within. When we can’t see any emotion, we begin to question whether someone is being genuine. Ignatius said that feelings are indicators of God’s work in our lives, and we benefit when we give attention “to the media of God’s influence in our lives.”

The goal for those of us in ministry is to mature in Christlikeness emotionally, interpersonally, and intrapersonally. We want to be able to get along well with others, participate consistently well in a church community, and even relate well to others in ministry. One prominent Christian leader told me, “Those who do not work on emotional self-awareness and fluency in their twenties often become unfit for ministry in their thirties and forties.”

Order this book on Amazon.com »

Terry Linhart is an author, consultant, speaker and professor of Christian ministries at Bethel College in South Bend, Indiana. He is founder and leader of the Arbor Research Group and hosts the leadership podcast 37thePodcast.

Establish and Practice Your Pastoral Authority 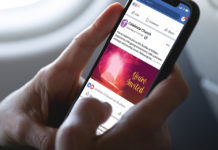 Expand Your Easter Outreach With a Coordinated Facebook Campaign

ABOUT US
Sharing stories of outreach, helping Christian leadership discover the ideas, innovations and resources that will equip them to advance the kingdom of God through the outreach efforts of the local church.
Contact us: [email protected]
FOLLOW US
© Copyright - Outreach, Inc
[first_name]
[first_name]
[email]
[email]